The Importance of reforestation mechanisms

The world is struggling in the fight against climate change. Efforts to maintain, let alone improve, a Kyoto type agreement are faltering while greenhouse gas (GHG) levels continue to rise along the worst case business as usual scenario.

Recognition of the importance of reducing emissions from destruction of forests has been belatedly recognised with REDD plus initiatives. However the crucial importance of reforestation, and improved forest management to rapidly sequester and store carbon whilst delivering other ecological co benefits is still largely overlooked.

Growing more forests provides the only readily available means to suck CO2 out of the atmosphere, and to restore the inevitable overshoot of GHGs to safer levels well below 450ppm (99% of other climate change efforts are focused on avoiding emissions not removing existing atmospheric CO2.)

New Zealand (NZ) was the first country to develop and implement carbon forestry under a government regulated framework and now has developed two such mechanisms;  one called NZ ETS forestry is designed to be compatible with short rotation timber plantations; while the Permanent Forest Sink Initiative (PFSI) is designed as a ‘best practice’, dedicated long term carbon conservation scheme.

This article is about the PFSI, its origins, purposes and attributes as a scheme for dedicated carbon forestry which may well provide a useful model for other jurisdictions.

What is the NZ Permanent Forest Sink Initiative?

The PFSI rewards participants by assigning to them all sequestered carbon (whilst holding them to account for maintaining the stored carbon) and enabling the carbon to be traded in Kyoto compliant markets.

In return for earning carbon credits landowners undertake stringent obligations to develop and maintain a permanent carbon forest on their land in perpetuity.

The invention of the PFSI arose from NZ’s ecological problems on the one hand, and its uniquely high agriculture sector emissions profile and LULUCF requirements on the other.

When the first humans settled New Zealand just 800 years ago 80 percent of the land was covered in pristine rainforest.  Human settlement unleashed major forest destruction and species extinctions. Fires during the Polynesian settlement period erased a third of the forest cover, and half of the remaining forest was destroyed by 19th century European settlers. Today remnants of forest are mainly restricted to high rainfall mountains, and are everywhere degraded due to depredations of introduced animal pests such as deer, goats and possums.

The destruction of forests by the first waves of Maori and European settlers released some 15 billion tonnes of CO2 into the atmosphere, perhaps the highest per capita releases of CO2 in human history.

Today NZ’s economy (c. 4.5 million people) is largely dependent on agriculture and commercial timber plantations located on these former forestlands, and on tourism.  A third of NZ - about 9 million hecatares (ha)) is owned and managed by the Crown as conservation estate and includes almost all remaining indigenous forest.  Across the productive land bank about 100 million livestock units are farmed on 14 million ha of pasture, and close to 1.8 million ha of plantations are managed for timber production.

Unsustainable Land Use and Environmental Damage

NZ is a very young country in geological as well as human terms. Much of the landscape has been uplifted by seismic and volcanic activity over the last few million years. Related to productive land uses NZ has three acute environmental challenges: extremely high erosion rates on steep farmlands (topsoil loss >20t/ha/annum on 700,000ha), faecal and nutrient pollution of streams and lakes in drainages of farmed areas, and loss of indigenous habitat, flora and fauna. 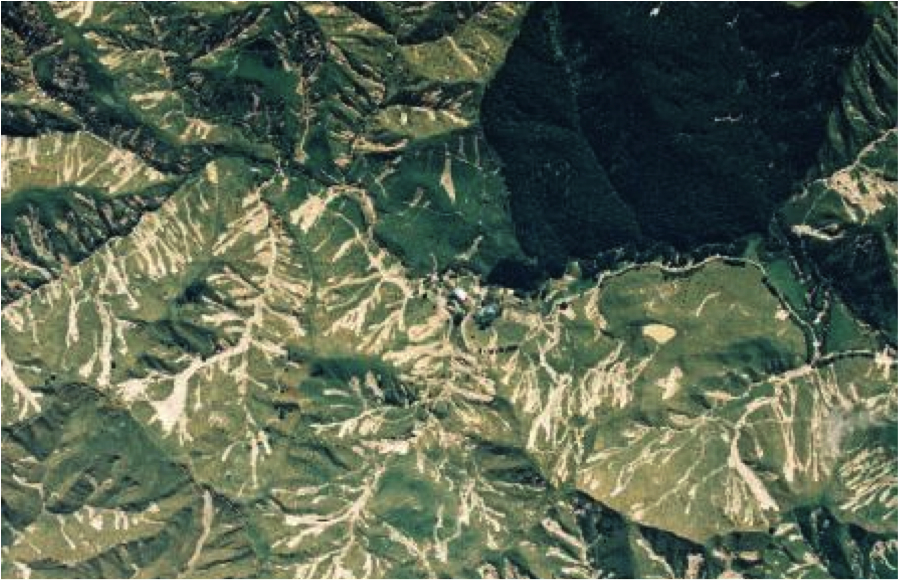 NZ landowners work their land without any subsidies - in other words there has been no economic alternative to continuation of farming or conversion to short rotation timber forestry. Recovery of conservation forest cover onto these problematic lands could effectively solve all of these ecological problems, but an economic driver is required for this to happen.

The design had to be Kyoto compliant in terms of the definition of forests and forest rules. But equally importantly the people designing the PFSI knew that to generate carbon credits that would have value in the international carbon market, a number of key concerns about forestry needed to be addressed within the PFSI design.

The PFSI was designed to meet these concerns.

The main feature of the PFSI is the restrictions on harvesting and the permanence obligations. Originally the PFSI was conceived as a no harvest regime for at least 99 years. Following consultation, provision was made for low intensity sustainable timber harvesting during the 99 year minimum period the participating forest is required to be maintained, subject to replacement liabilities on any lost carbon. Provision was also made to allow participants to withdraw after 50 years, subject to full replacement of carbon stocks. In reality it is most unlikely any participants would clear their forests after 50 or 100 years because of the prohibitive cost of carbon replacement.

As a result of being maintained for the long term, PFSI forests will sequester and secure high carbon densities. By comparison, sequestration by short rotation bioenergy plantations and industrial timber plantations might be as little as 10% to 30% of long-lived forests. 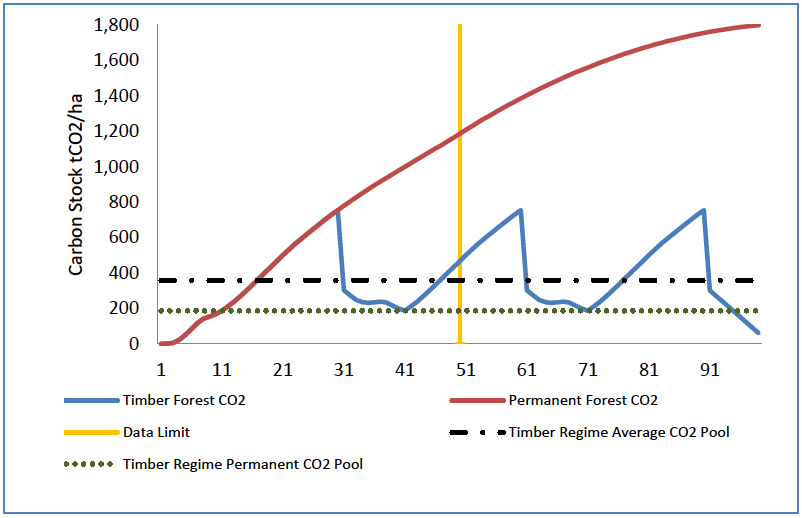 Figure 1 represents carbon stocks (t C02/ha) of planted radiata pine forest in NZ from time of planting to 100 years age, The timber regime is clear-felled every 30 years releasing stored carbon. Data on which the modelling is based is statistically ‘rich’ from 0-50 years and ‘poor’ from 50-100 years.

In late 2006 the empowering PFSI legislation was passed unanimously by NZ Parliament, a rare achievement in NZ’s multiparty politics.  A year later when key PFSI regulations and the Government PFSI Covenant agreement were completed the registration of the first PFSI forest carbon conservation projects got underway.

The Government undertook a public consultation and review of the PFSI in 2011 and not surprisingly the majority of submissions were supportive, although ETS plantation forestry sector submissions were not.  There is strong support for the PFSI from leading environmental NGOs, including Greenpeace, WWF, and Forest and Bird (NZ’s largest environmental NGO), and strong cross-party political support continues.

It needs to be remembered that Landowners who register under the PFSI are making a major commitment; to maintain and protect their forest areas as permanent carbon conservation sinks while shouldering replacement liabilities and forgoing other commercial options such as clearing the land for farming or commercial timber plantations.

Uptake of the PFSI will be determined by whether carbon offsetting proves to be a viable commercial alternative to more conventional landuse options, and this rests on support provided through purchase of PFSI offsets. Participants need to know with some surety that carbon sequestered in their forests will be saleable into the future at an attractive price. The greater this surety the greater the uptake will be.

If the most ecologically problematic land types amounting to ten percent of NZ’s farmland were afforested for carbon and conservation over the next few decades the resulting sequestration could exceed 2GtCO2 within 50 years, and could serve to offset the entirety of the agriculture sectors intractable emissions over this period.

The author is Managing Director of Permanent Forests International Ltd (not to be confused with the Permanent Forest Sink Initiative (PFSI)), a NZ based company that specialises in best practice carbon forestry. www.permanentforests.com