Favourable characteristics such as a moist and mild climate year round, the absence of fire or a major insect infestation and disease, has turned the coastal coniferous forests of British Columbia into one of the most productive and highest quality forests in North America. However, wood costs are much greater in the region due to the high cost of harvesting large, uneven-sized timber on difficult and remote terrain. Consequently the focus of wood production on the coast has been driven toward production of higher value or specialty products. The challenge is that demand has plunged in recent years and many companies have been forced to close mills, thereby reducing the amount of work in the region. Many still believe that the future of the forest industry on the coast will be to further concentrate production into higher value products. Nevertheless, the recent increase in the Chinese demand for lower quality timber has the potential to drive companies to change its future forest management strategy to a more mechanized and fast growing production model.

The main challenge of developing a new forest management strategy on the coast is that little is currently known regarding which sites would be most suitable for intensive management or what combination of silvicultural treatments would best achieve the true potential of these sites. In northern Vancouver Island, a second challenge arises given that productivity varies in a mosaic pattern between two very polarized forest types: low-productivity Cedar-Hemlock “CH” and medium-productivity Hemlock-Amabilis “HA”. This  can be very difficult to manage, particularly because productivity can vary drastically over very small areas as do outcomes of different treatments depending on the interactions between species and fertilization.

In the late 80’s a trial called Salal Cedar Hemlock Integrated Research Program (SCHIRP) was initially created to find solutions for the problem of extremely poor growth of recently logged CH forests. This project utilized both western red cedar (Thuja plicata) and western hemlock (Tsuga heterophylla) at different stand densities and fertilization combinations as a way to mitigate this issue (Weetman et al., 1989ab). However, following more recent observations of greater growth responses on HA sites, Negrave et al. (2007) concluded that these sites were of greater interest and fertilization should be focused on these sites instead. These sites have since been measured throughout 22 growing seasons. The most recent results have indicated a strong potential for intensive forest management in the region (Nery 2012). The last analysis has shown that fertilizer application significantly increased the height and volume of both species at all treatment combinations and sites. However, there was a significant difference in growth patterns between red cedar and hemlock. Depending on the site fertility and treatment used, the stand volume of red cedar increased between 123% to 351% after fertilization and hemlock volume increased between 106% to 2190% after fertilization. In most cases, higher densities (≥1500 stems/ha) had much greater volume per hectare than lower density stands. CH sites have shown the best increment response to fertilization; however, even at its highest levels, averages were still low if compared to HA sites. 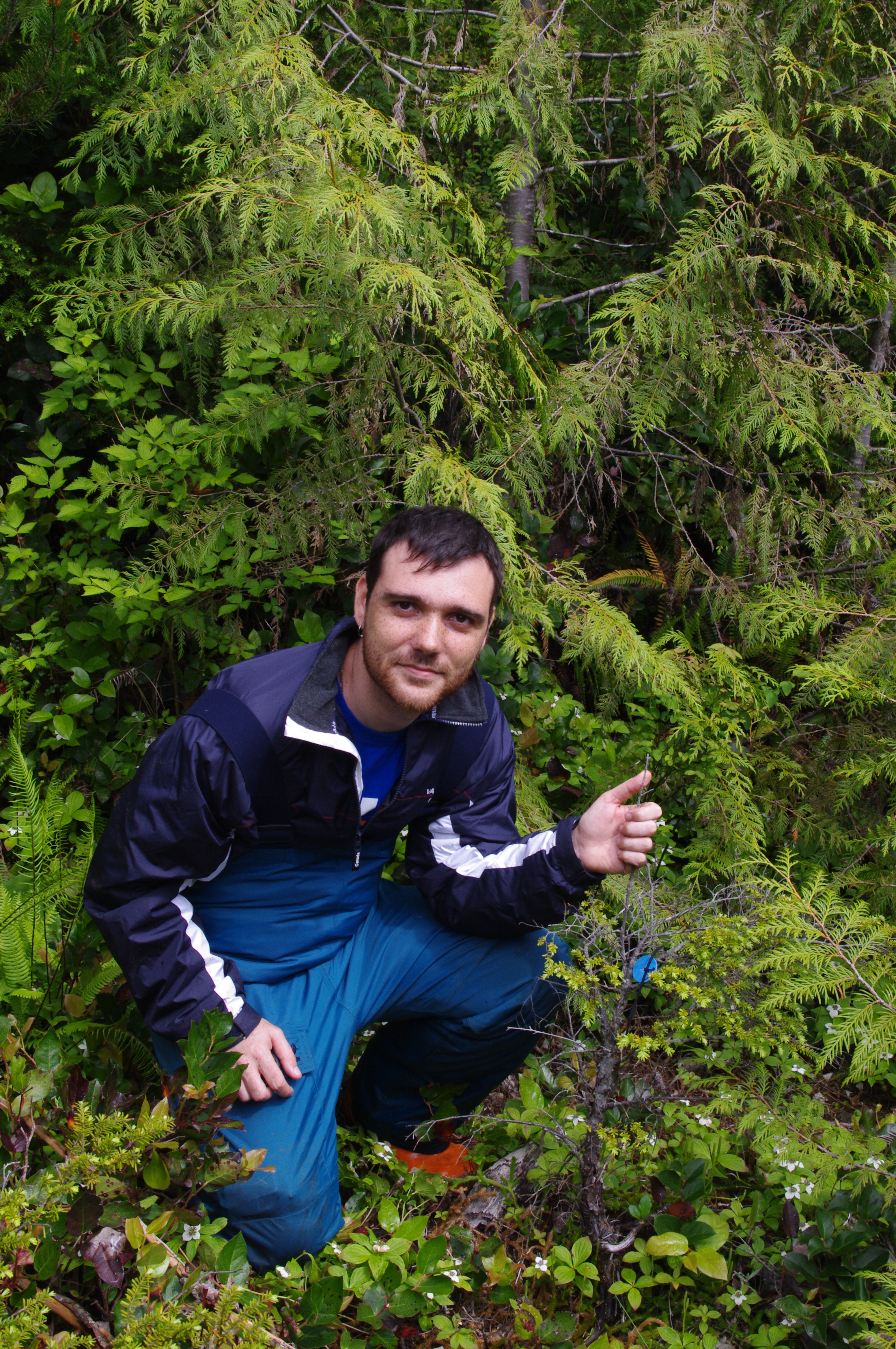 Overall, the best treatments were found to be at fertilized hemlock stands on HA sites (Nery 2012), where high densities have not only shown the greatest volume, but also suppress lateral limbs and understory (Oliver and Larson, 1996), thereby reducing competition and increasing wood quality. However, due to the high costs of fertilization, it is suggested that the focus of intensive silvicultural management such as fertilization and increased stand density should be directed only towards the more productive sites, leaving low productivity and environmentally significant areas to a more conservative growing pattern.

Victor Nery recently earned his Masters degree from the faculty of forestry at the University of British Columbia.His research focused on forest improvement and reclamation. He can be reached at [email protected]